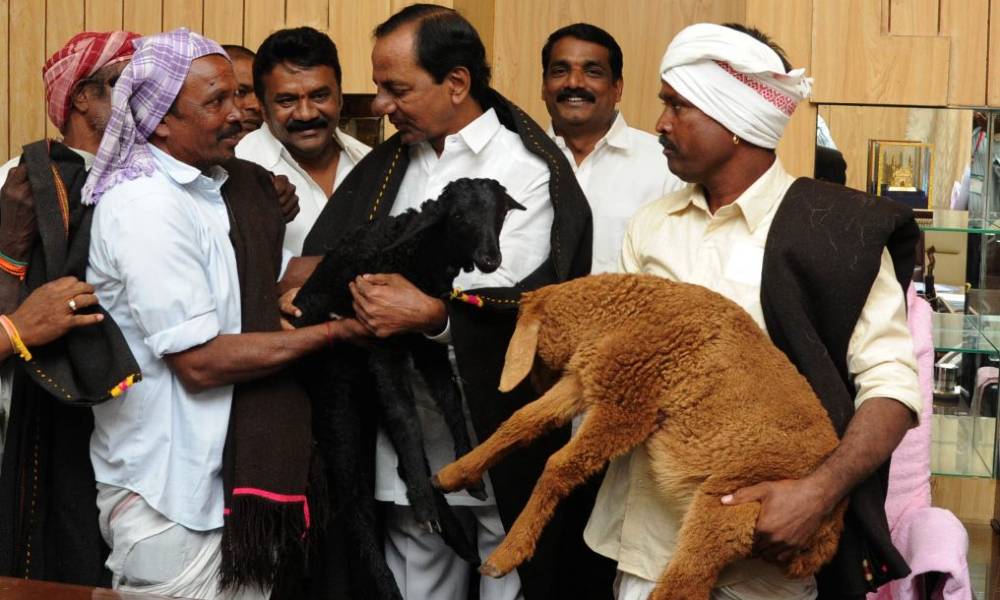 Livestock proves to be an important part of a farmer’s life, as it adds a source of income for them. Rearing livestock does offer farmers better profit margins, however, it comes with a caveat. Livestock is expensive to purchase, and that is where most farmers refrain from exploring the benefits that come with livestock. This happens because farmers barely make enough for themselves to make ends meet, and hence, purchasing livestock simply falls out of the question.

Understanding the world of good livestock offers to farmers and in an attempt to increase farmer incomes, the Telangana government has started the initiative to offer Sheep to farmers and shepherds to develop the Sheep producers societies even further.

About the Shepherds Scheme in Telangana

The State government of Telangana has initiated the Sheep distribution scheme 2021 for shepherds and sheep producer societies across the state. Since the coronavirus pandemic, the 1st phase of the sheep distribution in the state was on hold. However, with the onset of “Mission Begin Again” all across the nation, the scheme has seemed to have found its wheels and is supposed to be in effect soon.

The 1st Phase of the Sheep Distribution Scheme

The second phase of the scheme is already underway and the funds for its implementations have been announced by the CM of the state. The exact amount earmarked for the implementation of phase two would be allocated in the state budget in March 2021.

Under the programme, the Telangana government will offer a 75% subsidy to beneficiaries among the Golla-Kuruma community. This implementation of the sheep distribution scheme has empowered the community on social and economic frontiers.

Impact of the scheme

There are roughly about 7.61 lakh shepherds who are members across 8000+ producer societies in Telangana. With the state implementing a sheep distribution scheme with an expenditure of ₹10,000 crores, these sheep producer societies are enabled to profit financially and socially as well.

Around 3.66 lakh units of sheep were distributed since the launch of the Telangana Sheep Distribution scheme back in 2017, and the expenditure back then was ₹4,579 crore. As a direct impact of the scheme’s implementation, the population of sheep has increased exponentially.

Over the last few months, sheep producer societies have benefitted from the increase in the sheep population. As the next few phases of the scheme kick in, more and more shepherds across the state will aim to benefit from the scheme. Farmers, who have had their reservations about livestock have now regained their confidence and are approaching livestock rearing as a viable solution to their financial predicaments.

With such schemes in effect, better days await for the farmers and shepherds in Telangana.