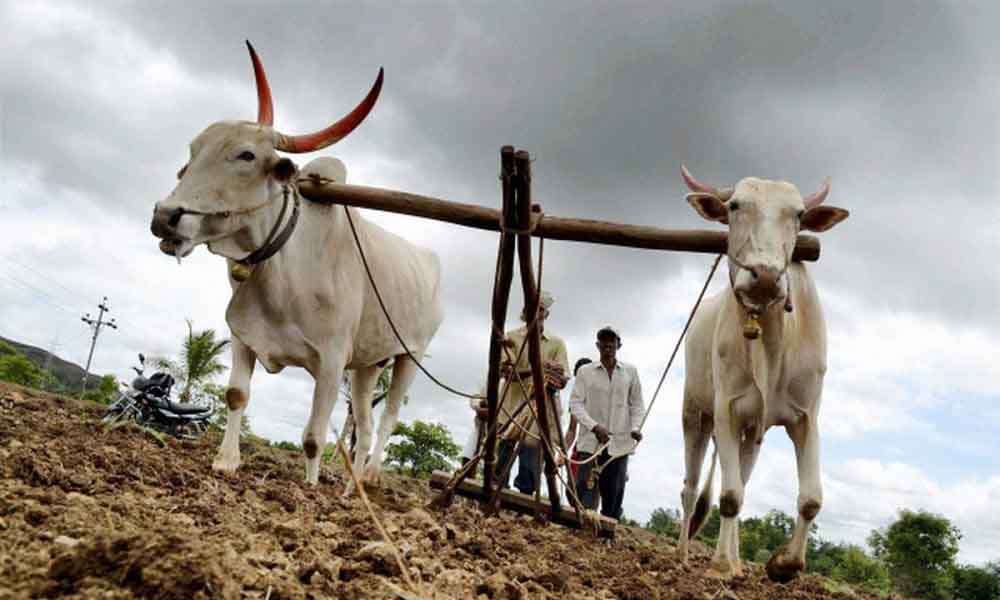 This is no news that climate change is a real issue and an increasingly alarming one. There are drastic changes in the atmosphere which is affecting rainfalls. The frequencies of floods and droughts have increased and it quite directly affects the growth of plants in agricultural areas.

The extreme change in climate leads to the disruption of a conducive environment in which plants can grow. This not only impacts the quantity of the plants that grow but also it’s quality. The nutritional value of such calamity-stricken plants deteriorates, thereby not generating as much market value as it ideally would have.

And when you look at it, agriculture is not just a sector by itself, but it is one that fuels others too. It has been noticed that agriculture taking a hit has impacted other sectors like livestock, poultry, fisheries, etc.

In order to deal with the issues arising due to climate change, the Government of India initiated the Agriculture Contingency Plan. This plan aims to provide relief to distressed farmers all across the nation with informed intervention and strategies that can prove to be beneficial for them.

What is the Agriculture Contingency Plan?

There was a standard template that was developed in tandem with stakeholders in the agriculture sector. This template was made to cover the current agricultural situation in districts and guide them towards preparedness and suggest adaptive strategies to help them in times of climatic crisis.

The template has two important aspects to deal with:

The action plan for the ACP – Agricultural Contingency Plan

In times of crisis, mere planning is not enough. The Contingency Plan implementation requires strenuous planning at district and state levels. They need to be coordinated and facilitated by several departments of the Government of India.

Before the plan even reaches its implementation phase, a definite sensitization course needs to be imparted. This is so that the farmers are aware of what is happening and why are they doing the next few steps.

Sensitization of district authorities when it comes to responding to weather-related abnormalities is also crucial.

An example of district-level sensitization was seen in 2015 when the Meteorological Department of India forecasts a plausible deficit in rainfall amount during the south-west monsoon in April. Almost immediately, a high-level national Consultation meeting was held in ICAR-CRIDA, based in Hyderabad on the 24th of April, 2015.

There were even state-wise meetings conducted with the Department of Agriculture, KVKs, SAUs, and various such stakeholders during May-June 2015.

Impact of the Contingency Plan

With immediate intervention in the month of April and May in 2015, and despite rainfall deficit, areas in Madhya Pradesh witnessed an increase in soybean, oilseed and pulses increased incredibly.

There was a monsoon-irregularity scenario in Karnataka also, which was effectively managed by the Contingency Plan. This was achieved by three main intervention methods:

The way ahead for the Contingency plan is still not an easy one. However, when you look at all what it has already achieved, you can be rest assured that climatic irregularities are soon to be less of a bothering matter for farmers across the nation.

Climate is a fickle thing and the kind of impact humanity is having over it is alarming. It is affecting our surroundings, the water we drink, the air we breathe and the food we consume.

Agriculture is closely tied to the Indian economy – especially ours being an Agrarian one. If we don’t start taking measures that protect intervention in our agricultural practices, there soon would be a downfall like we never saw before.

One thought on “Agriculture Contingency Plan”