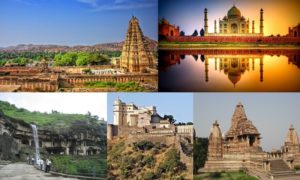 The heart of a nation is its heritage; a reflection of its past. Keeping such ethos at heart comes the Central Government Yojana – HRIDAY (Heritage City Development and Augmentation Yojana).

Various countries around the world envy the cultural diversity that India possesses. It would be a shame if cities with a historical value just decay into the sands of time. In order to prevent that from happening, the Government of India initiated the HRIDAY yojana.

The scheme started with a definite focus on the holistic development of cities that have heritage value. Preserving the heritage value of the cities of our country is the only hope our culture has towards seeing the light of day in this ultra-modern, fast-paced world, where bygones remain bygones.

Why did the need for this scheme arise?

Poor maintenance of monuments was turning out to be an occurring issue. Overtime, heritage sites were neglected and/or overcrowded; therefore being unable to cater to the tourists who come from far and wide to visit it.

There was a definite lack of basic amenities and services and infrastructure, in the absence of regular maintenance was deteriorating as the years kept passing by. The conditions were so bad that there were no proper toilets, signages to guide tourists, and even basic street lights.

When did it start?

The HRIDAY as an initiative was launched on the 21st of January 2015.

The main Objective of the Yojana

The objective stems from the realization that the heritage of a country is its asset. Its preservation and maintenance lead to growth in tourism, which eventually adds to the nation’s economy. Bearing that in mind, the HRIDAY initiative happened to see the light of day.

The HRIDAY yojana aims to preserve and revitalize the soul of the heritage city in order to reflect each city’s unique personality. This is done by encouraging the aesthetically appealing and preserving the culture of a city by creating a safe space or an environment for the same.

The scheme is aimed at supporting the core heritage of various infrastructural marvels across India. This includes the revitalization of urban infrastructure for areas around heritage sites which are identified and approved by the Ministry of Culture, the Government of India and various State Governments.

These initiatives are undertaken by the Central and the State Governments mainly include the development of water supply to these monuments, proper sanitation around the heritage site for tourist convenience, drainage facilities, waste management methods, approach roads, proper footpaths, adequate street lights and electricity wiring alongside proper landscaping, etc.

Other objectives of the scheme are:

How does the HRIDAY Yojana aim to achieve its objectives?

Up until now, 77 projects amounting to Rs 418.06 crores have been approved for 12 cities which have rich cultural value like Ajmer, Amaravati, Badami, Dwarka, Gaya, Kanchipuram, Mathura, Varanasi, Velankanni and Warangal, alongside many more.

55 projects amounting to Rs 272 crores have been completed already. The pending projects are under several stages of implementation and are estimated to stand completed by the end of September 2019.

The funding for Hriday comes from the Government of India – all 100% of it. A whopping total of INR 500 crores has already been allocated to this Yojana.

Around 60 projects have been undertaken since the launch of the project. The amount invested in the completion of these projects comes up to around Rs 328 crore. Still the work stands far from done.

The rest of the undertaken projects are currently under various stages of implementation and are looking at an expected completion by the end of December 2019.

The monuments stand as a reminder of our roots. They are the echoes of our existence that travel back in time. Losing them due to poor maintenance would be a loss too huge to bear.

Once we lose out on our monuments, there is no recovering them back. Those fine pieces of artwork and sculpture work that took weeks and months would just turn to dust.

The Yojana, therefore, aims to restore the pride of India – its culture. A long line of physical evidence that time-stamps us in History to be civilization as old as time. Delving in history has never been a more enriching experience when it comes to Indian monuments.

Not only does it give us cultural rooting, but our heritage sites also invite tourism from all around the world. It ushers in enthusiasts who want to visit monuments; time capsules that take one back in time.

One thought on “HRIDAY Yojana”

How to open Aadhar Card Agency from CSC in 2020?

One Rank One Pension Scheme (OROP)