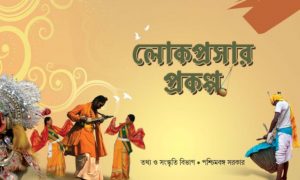 India prides itself on its cultural diversity. But in a culture that is majorly being influenced by westernization, the government of India has now taken initiatives to preserve century-old traditions that are dear to us.

One such initiative is the Lokprasar Prakalp0 – a unique scheme which is aimed to revive and display the distinct essence of folk music forms of Bengal. This scheme was initiated by CM Mamta Banerjee and over the course of the years, the scheme sure seems to have taken wings.

What does this scheme do?

The Lokprasar Parkalpo scheme aims to offer a platform for folk artists to display their art and keep the essence of Bengali folk music alive in the decades to come.

This requires the government to offer them assurance and means of sustainability for which the following is undertaken:

The initiative, since its inception, has done a lot of good to local artists who now perform more freely, in the knowledge that they are well-funded and their skills stand acknowledged.

This has led to an increase in the number of artists who have risen in years since the scheme has been in place, and the scheme is uplifting folk culture and upgrading traditional music to meet the tastes of younger generations.