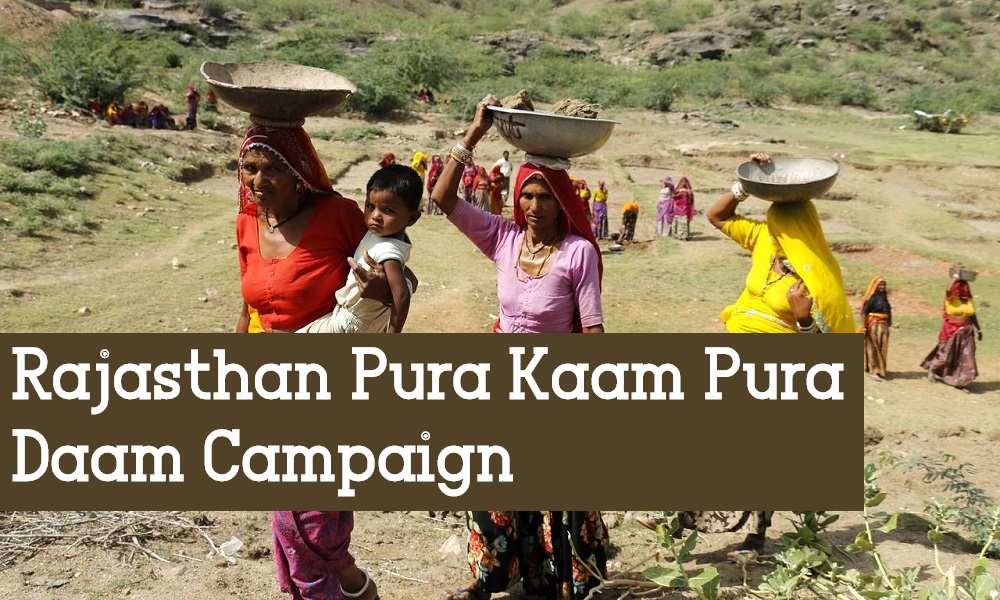 Workers are usually at the bad end of the spectrum because of exploitation of workforces, and the rampant fear of unemployment which has wreaked havoc due to the pandemic. Workers are finding it hard to make ends meet and this has adversely affected their standard of life and their dignity of work.

To improve the situation for the workers in Rajasthan, the state government of Rajasthan has started the Rajasthan Pura Kaam Pura Daam campaign for MGNREGA workers.

What does the Rajasthan Pura Kaam Pura Daam Campaign 2020 for MGNREGA Workers do?

The scheme is launched for workers who work under the Mahatma Gandhi National Rural Employment Guarantee Act scheme. Although the maximum wage provided under the MGNREGs is fixed to be Rs 220, the workers are paid as per the amount of work done against the task assigned to them. The low rate of wages offered to workers indicates poor worksite management.

Implementation of the scheme

The state government of Rajasthan intends to implement the Rajasthan Pura Kaam Pura Daam Campaign 2020 for MGNREGA Workers in the following way:

Why is there a need for such a campaign?

Though on the outset it looked like the workers are being paid on time, the actual reality tends to differ for most MGNREGA workers, who often complain of not being paid duly and fully. Hence, to bring in further uniformity and sincerity in the implementation of the scheme, the Rajasthan Pura Kaam Pura Daam Campaign 2020 for MGNREGA Workers is said to be launched.

The other reasons for the need of the scheme are:

Though there are no concrete measures to apply for the scheme online, a worker in Rajasthan can reach out to the nearest post office or the CSC centre for further assistance on how to avail the benefits of the Rajasthan Pura Kaam Pura Daam Campaign 2020 for MGNREGA Workers. This way, workers now have a voice and means to get what they so rightly deserve – the payment for their toil; the fruit of their labour.