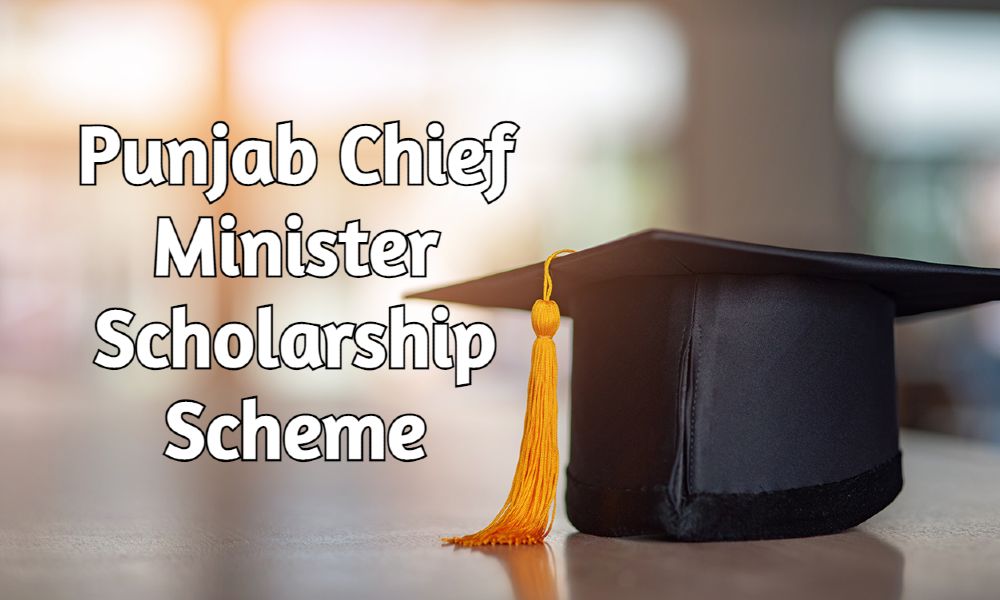 Education is an essential component in a person’s life. It allows one to break the cycle of poverty and reach for greater financial glory. Education, in its truest form, has redemptive powers, and more people are realising its potential as the years go by.

In order to enable poor students from rural areas in the state of Punjab, the state government is initiating the Punjab Chief Minister scholarship programme which will help meritorious students from poor households pursue higher education and bring about economic stability in their households.

About the Punjab Chief Minister Scholarship

The main objective of the scheme is to offer financial assistance to encourage poor but meritorious students to pursue higher education. Through the implementation of the scheme, the government aims to fulfil its promise of offering cheaper and good quality education for the poor in the state, especially those from the rural areas of the state.

Over the years, one aspect has come to the state government’s attention repeatedly: meritorious students dropping out right after basic primary education.

This was because admissions in government-run colleges were deemed impossible by poorer households who found the fees for such institutions to be exorbitantly high. Through the implementation of the scheme, the state government intends to decrease these drop out numbers and allow meritorious students to achieve their true potential and break their vicious cycle of poverty for themselves and their households.

Institutions that are counted under the Punjab Chief Minister Scholarship scheme

The CM scholarship scheme in Punjab extends to residents of Punjab and are studying in any of the following institutions:

Under the implementation of the scheme, tuition fees will essentially be waived off for students from poorer backgrounds.

Through the implementation of this scheme, the State government aims to boost the number of admissions in government engineering colleges and polytechnics across the state.

Over the years, the importance of education has increased significantly, as more households now acknowledge the benefits it brings in. Not only does it make youngsters able to earn a living for themselves but education also makes them skilled workers, thereby adding to the quality workforce of the state, which benefits the state and eventually even the nation.